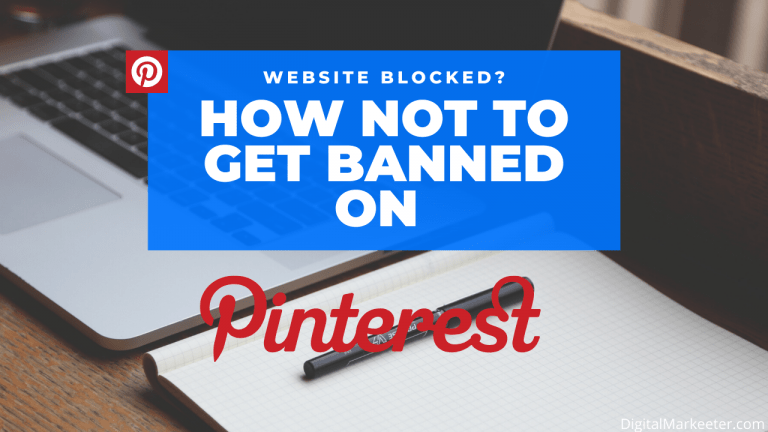 What I have learned from past year is that you have to be active on all social media platforms as a long term strategy.

If you work on this right from the start and set up automatic content distribution or even manual if you are able to do that then that’s going to be really beneficial for you in the long term.

Since the Facebook updates from the past two years most publishers were effected badly by that which dropped the traffic to their sites from their Facebook pages.

In that situation, Pinterest really came to our help when we had low earnings from Facebook traffic and were figuring out what is the better way to go about it.

When the facebook hammer dropped we analyzed our other traffic sources which brought the traffic we were surprised to see 500-800 visits daily from Pinterest only. This traffic built itself and we never worked on Pinterest.

And Pinterest brought in some really useful dollars when we needed it. So this gave me an idea that we have to start working on Pinterest as it starts generating revenue for you within 1-2 years if your blogs or content usually has enough images and reasonable traffic.

Even with low traffic, Pinterest will bring in more traffic for you and that is tested. As i noticed the potential Pinterest had, I started working on it and i figured out an automatic way to do this.

So after some research, I found the Pinterest automatic plugin and I totally recommend this plugin. Its only 21 USD from code canyon.

Although there are also cracked versions of this plugin available on forums like Babiato. But i would recommend purchasing the plugin as cracked plugins do bring is security issues.

So anyways i started using the plugin and i totally automated all my pins with this plugin and it worked like a charm.

A few months in, yesterday I received the notification that my website was banned because of spam issues.

At first, I could not understand what spam are they talking about as this domain has been on Pinterest from the past 3 years and I never had any issues.

I also panicked a little and I sent a review which was another mistake. And below you will read what actually happened.

Yes, you read that right. As I was generating 100-150 USD through Pinterest and without really looking into what mistake I would have made I actually went ahead and sent the account review appeal which was not only rejected but the account was also suspended.

So website was on Pinterest for 3 years and I never had an issue with it, now what would have happened suddenly for it to be not only taken down but the account got suspended also. And they said this suspension is permanent.

I then tried to analyze what could have gone wrong and soon I had the reason.

So there were a few reasons which are listed as below. And if you start using Pinterest automatic then try not to make the same mistakes.

Now the above reasons are based on my analysis only as Pinterest did not give any specific reason for that.

so I had to come up with logical reasoning. If you notice there is the only one reason and if I had avoided that I would not have gotten in trouble.

and that was Pinning every image from my site to Pinterest. I thought pinning most images is going to increase the engagement, traffic, and followers on my Pinterest account which was true actually.

But the thing that I did not realize about was that as I had a news media site and I will be sharing news stories of all sorts.

And in news stories within the blog content, there are generally images that are graphically disturbing.

While thumbnails are never really disturbing. So this was the reason for me getting suspended on Pinterest.

Try not repeating this mistake on your accounts. So you don’t lose your hard-earned traffic like that.

My experimenting is going to continue with Pinterest and I am going to refine my tactics and hopefully, i will be making Pinterest one of my biggest side hassles.

Because I have seen the potential and I am not going to ignore it. So, guys, that’s it for today.

If you have any questions then please get in touch. I love replying to your messages and interacting with you.