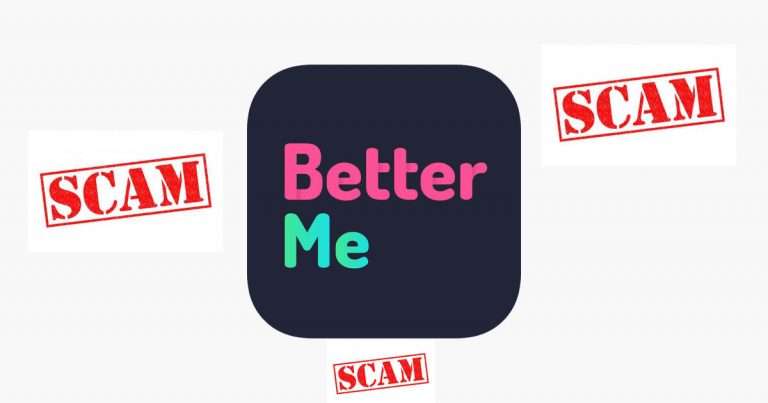 If there is one thing that Facebook publishers would have learned from facebook punishing all those spammy websites was that you should never partner with these low-quality websites like betterme.guru, betterme.tips and whole betterme group of sites. Because they are eventually going to run away after taking your money.

Where It All Started

We were the first to break out the story about providr in previous articles on how they cheated and hurt the publisher’s trust and eventually ran away with their money. That story was later also picked by Snopes and through their independent investigation, they also concluded how publishers were struggling to receive their earnings, which basically proved Digital Markeeter’s story true.

Another such issue has got our attention, where many facebook publishers who were partnering with betterme reported to us how they were looted by this health-related revenue sharing website.

Our story about providr got enough attention and we were contacted by multiple Facebook page owners who promised us to provide details about their experience with better me.

Betterme also lured media publishers with good cpms and good post reach and telling them that their content was safe and they clear all the payments.

Story Of Betterme Partner Who Got Scammed

A Facebook publisher told digital markeeter that his partnership with betterme lasted for 2-3 months. Where he received the first 2 payments and when he built enough trust and sent more traffic eventually by making roughly 2500 USD, his payment was stopped and halted for 2 further months.

Later, after contacting betterme group several times through skype and email, he was told that betterme has declared bankruptcy and they cannot pay him any money. This makes it so important for all the social media publishers to only partner with publically declared businesses who have some kind of reputation.

Who Is The Actual Loser

If anyone has lost in this battle is the facebook page owners. Those spammy websites like betterme prey on your traffic, make money from your traffic, pay you a small portion of the revenue made through your traffic and then eventually run away with your money.

betterme.tips, betterme.guru shared spammy content on facebook and that became the reason for them to stop their operations. One other reason might be that Betterme was not actually punished by Facebook, but they rather sensed the risk and stopped before Facebook could take any action against them. Or most probably they were shut down from their other websites on facebook and that might have caused them to stop their operations on their other websites.

Betterme sent emails to their publisher in which they told them to stop sharing their content because they had run in problems with facebook.

This was a great step by betterme group to inform publishers and update them about what was happening. By doing this they most probably saved many publishers from losing their pages. So, you have to give them credit for this.

At least we are not aware of any publisher who lost by posting betterme links.

Now in the earlier emails when they informed the publishers about the problem and told them to wait for their earnings.

But, all the promises of paying the earnings to the publishers proved to be merely a lie. They will say, you will receive money next week and next week they will promise to pay you next month. They have been continuing to play with the publishers like this for months now. And it seems like betterme was just another scammer like providr which is owned by Gary Lipovetsky.

Trusting these media outlets have become increasingly hard, and you are mostly never sure now if you should trust them media websites.

That is because these websites actually have some kind of actual data and growth stats to attract the facebook publishers.

For example betterme website has a seemingly extremely popular app which has thousands of downloads on both android play store and apple store. better me has thousands of positive ratings on their app and it seems people are actually enjoying their app. 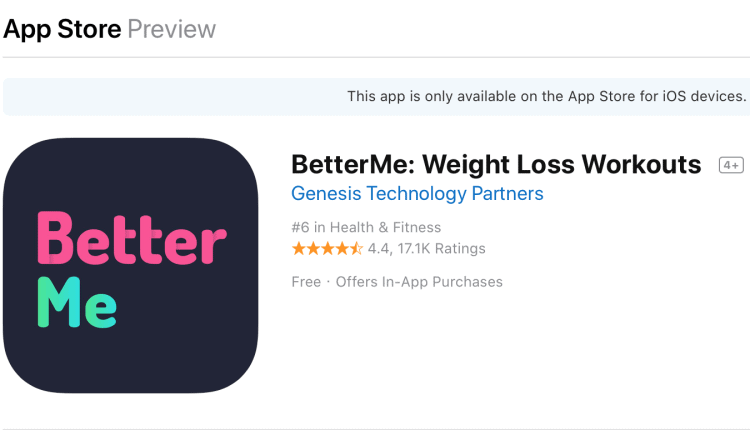 And this is what actually helped them to gain new publishers with Facebook pages to promote better me content directly on Facebook. Because publishers thought, as betterme has such great reputation on play Store and app store, they must be good.

But little did they know, that soon they are going to lose their earnings. Betterme owes facebook publishers thousands of dollars according to our research and as usual, this information is provided to us by actual publishers.

Betterme said that they have declared bankruptcy and they cannot pay publishers money now. This is a clear lie because betterme group has huge facebook pages with millions of likes and they are regularly posting links in their pages and are clearly making great money. But still, they deny paying any money they owe to their publishers. 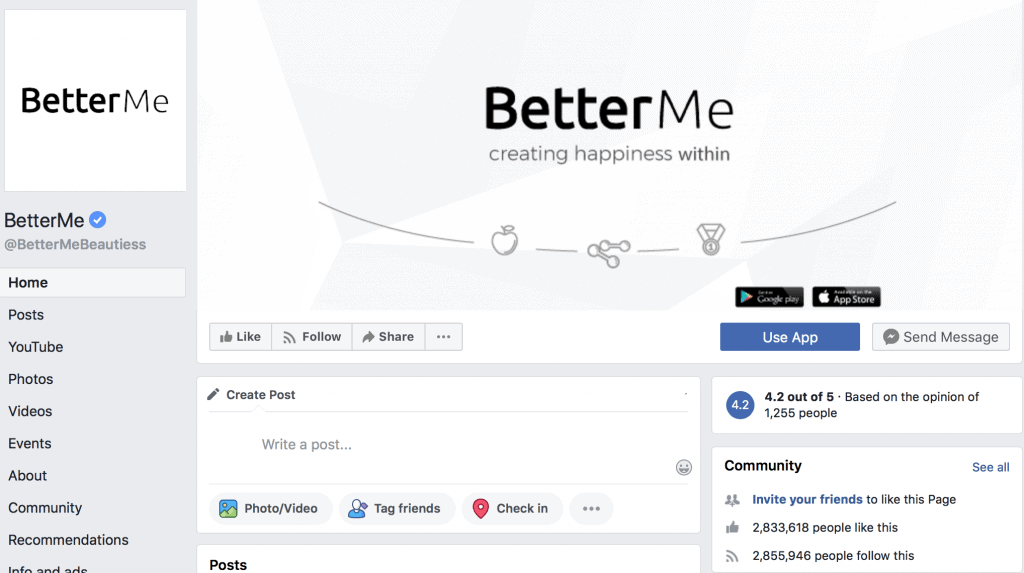 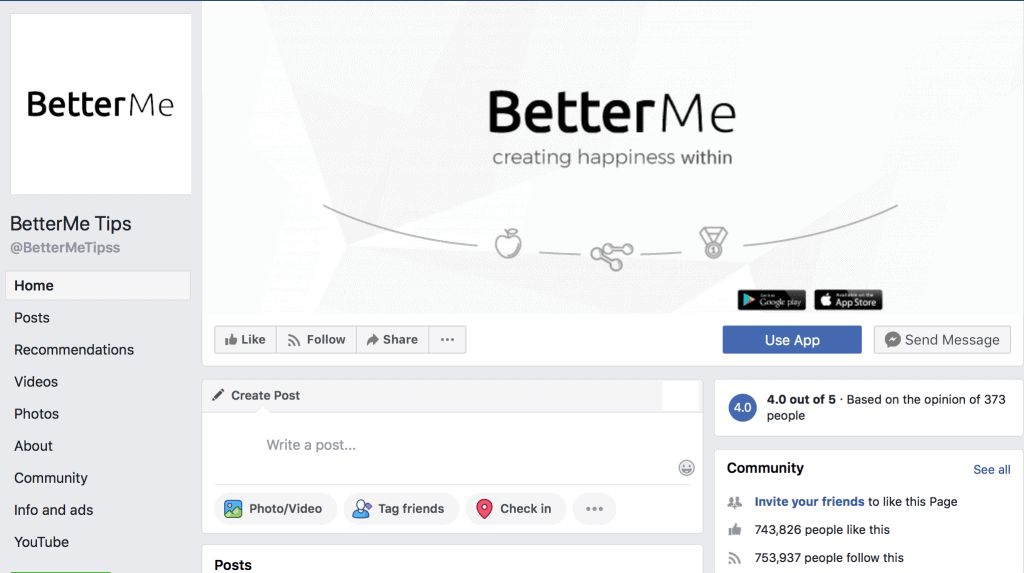 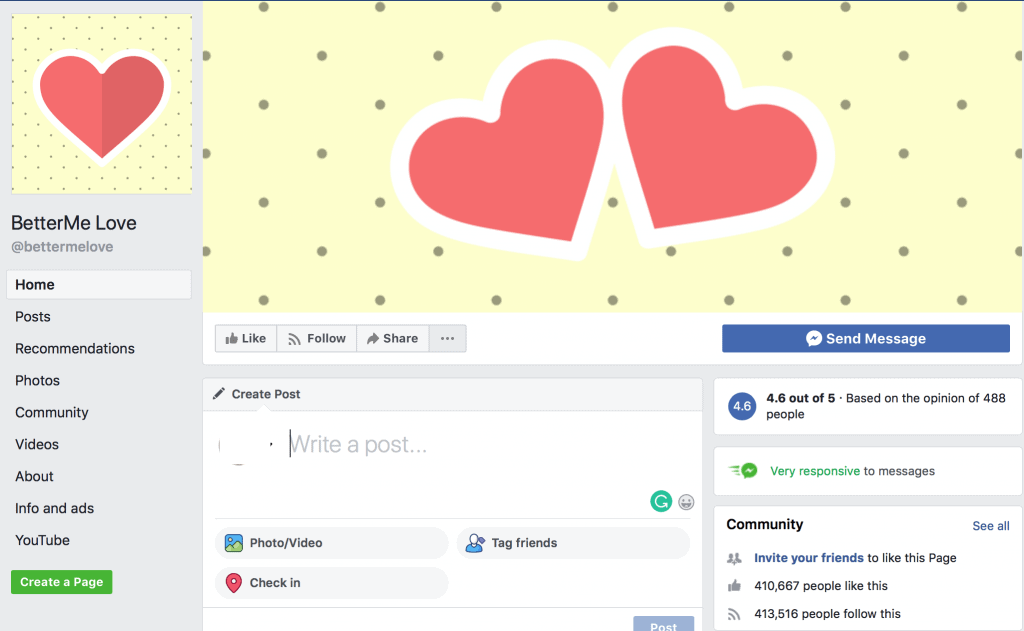 Just look at that, millions of likes & they are still not paying publishers their earnings.

Therefore make sure to be very careful in trusting betterme.tips or betterme.guru when you are thinking to join them. Its not worth it really if you are not going to get paid.

If you have also been scammed by betterme or have any kind of experience using their services, then please comment below and tell us about your experience.