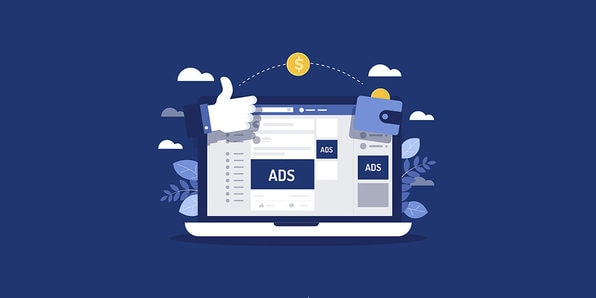 The overall course which cost me a mere 39 USD seemed a pretty good deal. This course was sold through enterpreneur.com as a limited time offer and so far so good. This course is originally available on stack skills.

I am not repenting at all for spending 39 USD on this course. So after I completed the course i started Facebook ads as I had my initial confusions cleared.

Justin Obrien was able to provide instructions in very clear, easy and precise words and did not hang around the bush. He was to the point and not boring at all.

I created this blog because after starting the Facebook ads again I still had many questions that popped up while I was creating the ads and running them.

So, I thought it would be a great idea to actually create a blog which includes all my questions that were answered by Justin Obrien through email. And I thank him for that. There will be many newbies like me who might have similar questions and this blog might answer all their questions as well.

So below are my questions and answers by Justin Obrien the Facebook Ad guru from Course Envy.

Hello, I recently bought your course and honestly it cleared confusion because of which i was never able to understand and succeed in Facebook ads. so I started ads after going through your course. and I create split text for Facebook page likes.
I created split text for 4 images.
and I got two images that are very close to the rate I am looking to get. now I want to test other images but I don’t see how to add another image in a split test. can you provide guidance on this?

Justin Obrien: Just duplicate the ad and edit the image to the split test.

Follow Up Question: I am getting this error. so in my main campaign, I went in the ad set and the ad. and I duplicated the ad. now you can see the duplicate button is not clickable. I don’t understand what I did wrong. I cannot duplicate the ad as you can see.

I chosed engagement/page likes as objective. and then split testing the creative.

Follow Up: So I clicked on the above link and by going in Facebook ads option I was able to chat with a Facebook representative on the above issue. As I was not able to add any further images for split testing.

I was informed by Facebook chat representative that to test another image in split testing I need I will need to end the first split test.

So now I can check another image or multiple images through split testing by ending the already active split test for same campaign.

And I was informed by Facebook chat representative that the split test campaign is just to find the winning combinations and then I should create a new campaign with those combinations.

Further Doubts: Now the chat with Facebook representative created further doubts and questions in my mind. Because I was thinking that this will be my main campaign but after the Facebook chat although my split test question was cleared but now almost had no idea how to do further split testing to test other objectives now.

As if I should create a new campaign and keep adding the winning combinations in that or keep the split testing campaign as my main campaign? So I decided to shoot another email.

Question: Am I supposed to create a new campaign with the winning split test experiments?

Just Obrien: Either is fine.

I like to keep the old campaign going myself as it has likes/share/comments already in place.

I did get an idea what he was trying to say but i wanted to be clear. So i sent another email explaining what i understood from his reply.
I also noticed that to get reply with information that will actually help its better that you explain your questions write the soltuion thats in your mind so they can just confirm or deny in few words.

Question: I am getting confused in differentiating in the main campaign and split testing.

Question: Would you recommend 1000 impressions for the campaign or on ad sets level before killing the split testing?