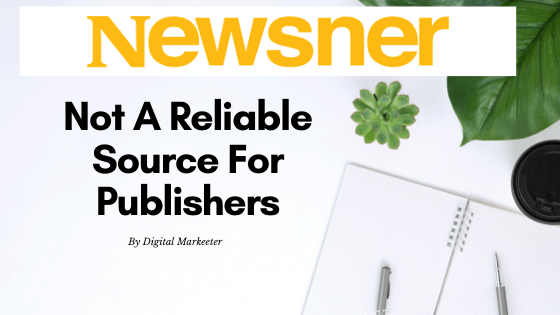 Although the title is a little bit unfair but technically true. Newsner is a viral news publishing media website. Who has been a leader in viral news articles?

Newsner is only one of the few digital media publishers who have been able to stay safe on Facebook over a long period of time. en.Newsner.com is generally a very authentic and reliable digital media brand.

Being one of the most popular and viral news media website newsier is not only popular amongst the general readers, especially on the Facebook platform but they are also considered a reliable platform as a source of information by their many competitors who mainly drive traffic through Facebook and Facebook being their main source of traffic publishers love the news articles by newsner.com as their news stories are creatively written with very creative and engaging headlines and thumbnails.

But since Facebook has become really strict, especially in the last two years and Facebook page admin doesn’t have much scope to make mistakes on Facebook.

Now you must share authentic information on your Facebook page plus there are so many other factors also that matter to keep in good standing on Facebook.

Sharing authentic news articles is one of the most important factors on Facebook. It’s a factor that could single-handedly get your Facebook page deleted.

This story went viral on Facebook and many publishers picked the same news and published the same article without putting individual effort in fact-checking the news story.

This story did not only go viral but it was shared on many political accounts also. Such news being shared by political representatives is not a small thing.

The Course Is Optional Not Mandatory

That was the reason for the above article to be categorized as false.

Still, as far as Digital Markeeter is concerned we know that newer puts a lot of effort into their content but mistakes do happen and maybe this was an honest mistake.

Plus this is the first time we were reported and even experienced any issues with their content over the period of last so many years.

You need to remember that it’s not Newsner who will have to pay for their mistake. But it could be you. Because they don’t make many mistakes like this too often. They have the resources to improve and you might not.

So to be safe it’s better you choose only the news publishers with perfect credibility so you don’t lose your traffic, credibility, or Facebook page.