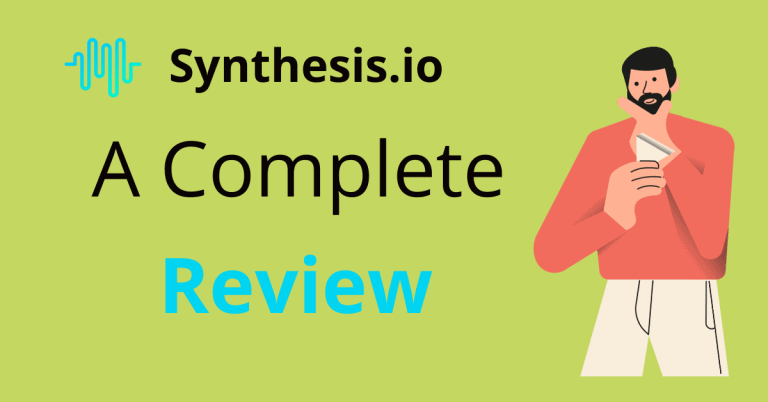 Synthesis or meetsyntheses (As it is being advertised under two domains) is an ai text to speech and text to video software.

Recently, synthesis launched a lifetime deal on Appsumo, as they looked really promising and offered extremely useful services therefore digital markeeter decided to give it a try and see if it fulfills the expectations as the advertised video on their website looks very eye-catching and well made.

At Digital Markeeter, we wondered if it was really possible to have the same features that were advertised on their website, in their video, and on appsumo. We wanted to test if synthesis actually had the following features.

So at digital markeeter, I purchased and tested it, and here are my first thoughts, Right away what I absolutely loved was the

I tested in English and Urdu languages. I was more impressed by the quality of the Urdu language. Because if they are focusing on all languages so much then they are future-oriented and I can believe that they are going to improve a lot in the future.

So right away I give 5 stars for the human quality of the voiceovers as they literally sounded like human voices.

What I really hated about using meetsyntheses?
I was thinking to keep the deal as there were many shortcomings but I felt like I could give them some more time to improve their platforms and as their voiceovers are so good, I could just use them for now!
so I was good until this point. Then before I wanted to make the final decision on whether I should keep the deal or not I tried creating the voiceover.
Here is where meetsynthesis lost me.

That seems pretty low limit and they had already lost me.
But that was not all,

So just refunded the deal. and would be checking them again after a few months, if they improve these small things then it will become a must-buy as they have huge potential and there is also huge demand in the industry for this kind of tech.

Plus also most of the established websites in this niche are slightly expensive and they are not affordable for everyone.
So if synthesis makes these important updates, Then this deal becomes really serious.

Want Digital markeeter to write more reviews like this? If yes then send me an email